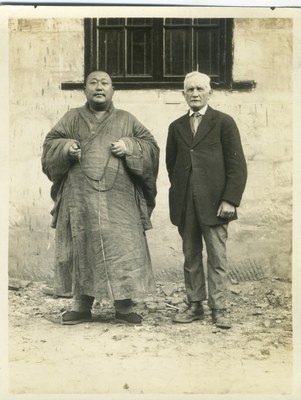 These minutes document the meeting of the Foreign Workers of Churches of Christ in Canton, China. The minutes were published in type, but then later received a handwritten addition. This addition noted that American missionary George Benson would leave China to accept the presidency of Harding College. It is unclear whether fellow workers viewed this as a temporary move or a long-term commitment. But the latter would prove true. Benson served as Harding's president until 1965.