What Mean Ye By Restructure? 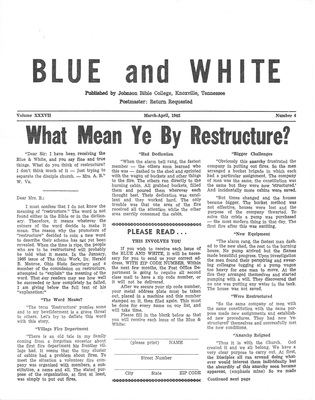 Bell provided Monroe’s fire department analogy of Restructure and responded to it. The article reveals the strong reactions incited by Restructure already in 1965. Bell's response reveals that of a conservative cooperative who had always gone to the both conventions (NACC and International Convention) but did not like Restructure.