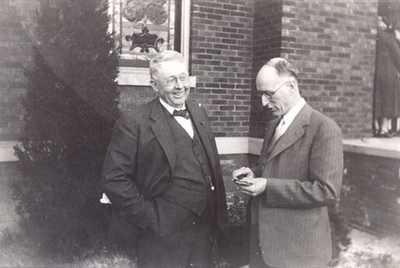 John B. Cowden (1876-1965, left) worked for reconciliation between Churches of Christ and Christian Churches after the initial division. He wrote six books between 1920 and 1939, including examinations of the concept of Christian unity in the writings of Paul and John, and through worship. Pictured here with Don Carlos Janes, mission leader in Churches of Christ.