Photograph of Louie Hugh and Family 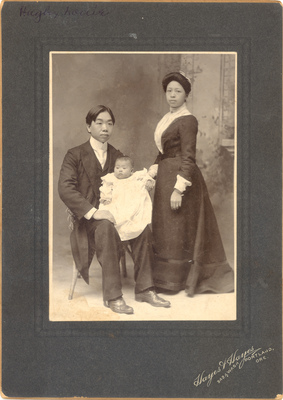 In 1900, when Jeu Hawk returned to China, co-worker Louie Hugh, pictured with his wife Grace and their first child, was placed in charge of the Portland Chinese Mission, where he served until his return to China in 1909.