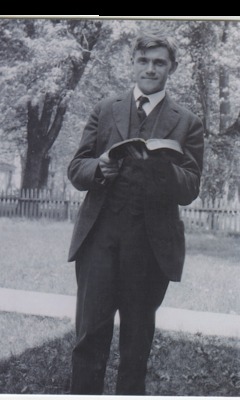 8. Churches of Christ: Consolidation and Complexity

Robert Henry Boll, a major leader in Churches of Christ in the early twentieth century, was increasingly ostracized for his promotion of premillennial views of the relationship of the church to the Kingdom of God.