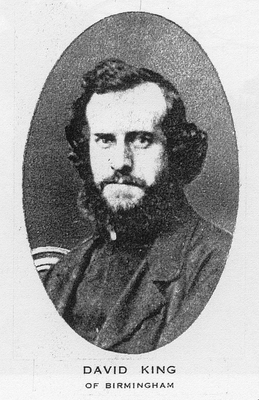 6. Origins and Developments in the United Kingdom and British Dominions to the 1920s

David King, prominent editor in British Churches of Christ in the late 1800s, was appointed by the General Evangelist Committee in 1855 to plant a church in Manchester and in 1858 in Birmingham.